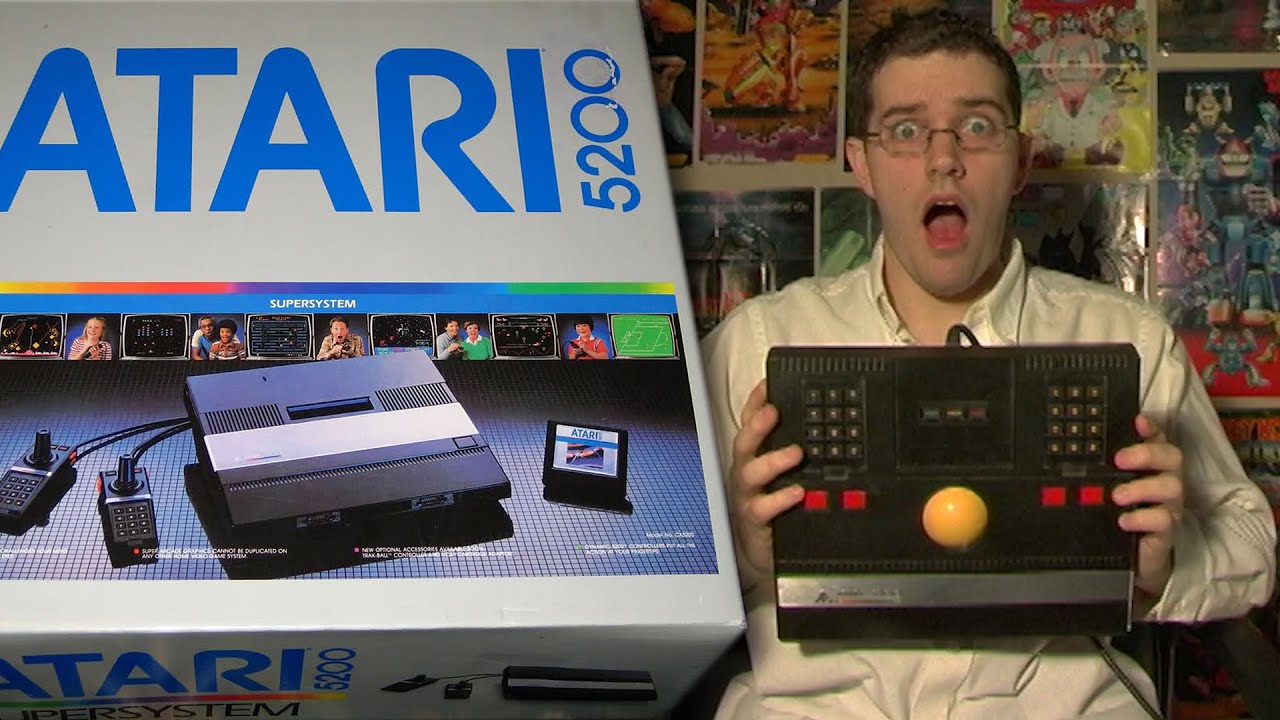 The Nerd finds out how bad and frustrating it is to play on the Atari 5200 console, by playing a few games on it. This is Angry Video Game Nerd Episode 20.

The Atari 5200, infamous for its out of the box faulty controllers it doesn’t take a genius to realize why it never caught on. Plagued with both the dawn of the video game crash of 1983 and lackluster quality hardware, the 5200 was quickly discontinued by 1984 and drifted off into obscurity behind the ever popular 2600.

Originally launched in late 1982, the 5200 was the first console to feature the likes of a pause button, yes that’s right! What we take for granted today was a real big thing back then. Not to mention full analogue controls, which for these types of games were perhaps a bit too excessive for the time.

In this episode the nerd gives his verdict as to why the 5200 failed. Shows off the all so intuitive controller and tries out the ginormous track ball accessory. He also gives his views on the confusing cartridge and power cable design.

Now what’s the main thing about playing a video game? Well being able to actually play it! So come in, sit down and let’s “watch” some Atari 5200 games.